If you arrived here via the Milepost100.com page on sermon help, and want to leave a comment, please feel free. Depending on demand, I'll open additional threads. Use the "Lectionary" keyword on the right side to find related posts. 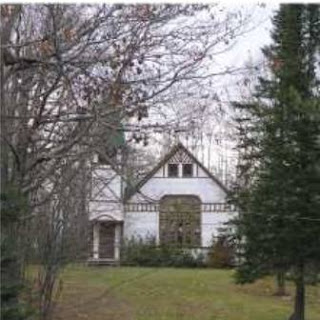 Posted by LaustenN at 7:36 PM No comments:

This movie finally came around to my little town. Not much left to be said about that hasn't been said, but I'll try.

Two key scenes destroy the premise of the movie. One, the victim, the school teacher (who said something about Jesus in answer to a question while they were studying King and Ghandi, IN HISTORY CLASS) and her lawyer, classic public defender guy, realizes that the defense they need is that Jesus is a historical figure. Two, is the big dramatic close the lawyer does where he pretends to turn on his client, the school teacher, and says, “let's convict her”, but points out that would take anyone's right to talk about religion in any way. He's right of course, which is why the scenario in the movie would never happen. Those precedents are already set.

But this movie wants there to be victims. If this were a documentary, it would get to the point where the school disciplined the teacher. A group like the ACLU or FFRF would find out about it. They would write a letter to that school board telling them she was perfectly within her rights. If the school board was smart, as has actually happened in the real world, they would realize their mistake, and the teacher would be back to work.

But this movie wants to see hate. It shows a group of angry protestors, yelling at a bunch of young Christians with signs saying “God's Not Dead”. The signs of the yellers are obscured, and their words are not heard at all, just their angry faces, shouting something. The kids hold hands against this mob. How about a movie where all of those people calm the fuck down and just talk and hold hands with each other.

One other scene I'll mention, a less central one. The cool pastor from the first movie meets up with the kid from Japan who is looking into Christianity, but has a lot of questions. He asks about the Sermon on the Mount. He explains how it seems impossible to reconcile it and to apply those principles in his life and live them every day. The pastor takes a deep breath, says, “okay”, and sits down with him. The scene ends. After catching up with other characters, we return to the cool pastor who is now at the end of his day, tired, and his cool pastor friend comes by to ask him how he is. He explains how he spent the day explaining the Bible to this kid.

This is how Christianity works. We hear a story about someone having questions, then someone talked to them, then they become Christian. But we never get to hear the part where Christianity is explained. You have to do that work on your own. And it didn't work for me. It doesn't work for a lot of people. It doesn't work for about 80% of the world. Any time I've asked questions that are too hard, I have been referred to some other answerer. You eventually get to the top, Augustine, Aquinas, Van Til, Bolf, Bultmann. I can find short essays on any one of those that shows where they fail. But Christianity has that part about not questioning it, so most people don't go looking at all. Or, I can go to their own words, and I can hear the same impossible logic that the kid found in the Bible. That's where it always ends. It's time to move on from movies like this.


The movie shows the Japanese kid's father disowning him because of his new belief in Christianity. It uses language about how he would “forsake everything” for this new god he has found. Some Christian love that. And that's what I don't get. If you can't explain it, if you have make up characters that aren't real and say things about American law that aren't real to make your point, is it something worth leaving your family for? When they say “forsake everything”, that includes their own ability to reason, to question, to engage others in dialog. Why trap yourself in that? How about a trap where you commit to always leaving open the possibility that you are wrong? How about trapping yourself into a world where, no matter what, no matter how crazy someone sounds, you'll listen to them? In a world like that, you forsake nothing and keep everything.
Posted by LaustenN at 6:13 PM No comments: