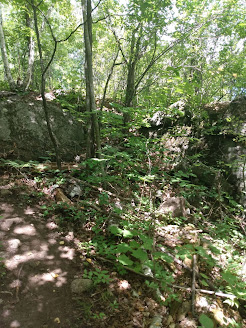 Another perfect Duluth day for taking on another section of the Superior Hiking Trail. We saw two leaves with color on the ground, so let’s call it early Fall. This was a challenging 4.6 miles. That distance is according to the markers and online maps, but the Fitbit registered 7.9. We went to Menards and the Co-op, but we didn’t walk 3 miles while there. It could have been that the altitude changes aren’t registered on those maps. They were quite extensive.
This thru hiker has more pictures, but a lot less detail about the hike sections than I do. 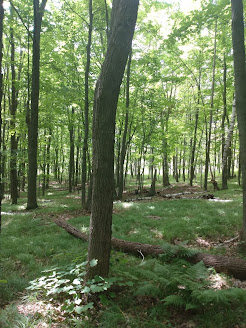 But this was one of the most feature rich hikes I’ve ever done.  There is too much to list and too many for pictures. There were plenty of streams and interesting bridges. There were a few ditch crossings, so be water aware in the Spring or whenever floods might occur. Also, rock formations, a variety of trees, thimble berries, building foundations, cascading falls coming down streams and more. It was a photographer’s paradise. Missing, as is often on the SHT, were vistas. The nearby highway sounds and occasional dirt road did not detract from all of this. The proximity to civilization means the trail is well maintained, and apparently the people who go there care about it because I did not see garbage.

There is even camping on Spirit Mt. We did not check it out.

We started by the Zoo. Take Grand Ave to Waseca St. and go to the end of it. Pay close attention to the signs and tree markers because you will be crossing every type of trail there is over and over. We probably added a half mile from all the times we circled back. The worst one was when we took a short gravel road around a ski lift. I saw a bridge and thought that was the trail. The bike tire marks on it gave us a clue it 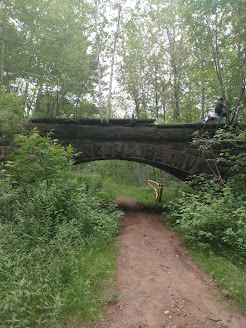 was not the foot trail. Although you cross other trails, you never share the foot path with other means of travel. We saw a few runners, but this is pretty challenging so I suspect few come here.

At about the middle, you pass through a large open area at the bottom of one of the two ski lifts on this route. There is a chalet restaurant and bar. It’s an option of parking and keeping your hike shorter. I don’t think they are open in the summer. If you are going from there toward Magney-Snively, there are steady uphills and plenty of level and the ravines for streams are small. Going from the chalet to the zoo, you go north for a mile, and it’s a workout. At the end of that mile, you go up 300 meters of steps built with 4x4s. We were going the other direction, but it still is hard on the knees.

There is a spur trail that goes across the top/north side of Spirit Mt. downhill skiing and then down the west side. It passes through an area with a lot of cross country ski trails. There was a sign that said this was used by the ski teams for training, so I had the sense that it was very hilly. Either way you go, you are on a mountain, you can't avoid it.

If all of this is sounding like too much, the Kingsbury Woods area, off the Waseca St trailhead is something you should do anyway. 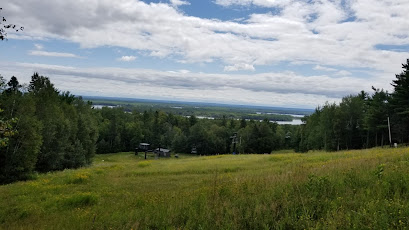 The trail is wider and less rocky there and there’s plenty to see. If it doesn’t give you some inspiration for more hiking, then you are a lost cause.

The next stretch ends by passing under the interstate and we’ll go from wilderness that is near roads to hiking within a city proper. 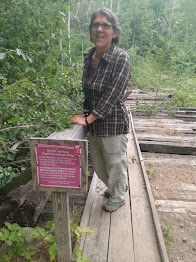 This picture looks a little funny because I was standing above her a bit. This bridge is at the north end of the Kingsbury Creek section, and it's very much "out". You have to go down closer to the trailhead at Waseca St. to cross the creek. That's what the sign says anyway. The creek is full of boulders and the water was low in later summer.