I've been focusing less on creating new Milepost100 sermon helpers and instead adding to my background knowledge. One big source for that has been Richard Carrier's recent work, “On the Historicity of Jesus”. In this peer reviewed scholarly book, he applies modern tools to the questions surrounding Jesus and discusses how two approaches to the New Testament have failed; the religious apologist, who attempts to find the meaning that has been handed down by the theologians for centuries, and the historian who looks for some historical truth behind the text.

“Modern apologists respond with implausible ad-hoc harmonizations, while historians attempt to isolate the historical truth behind the conflicting accounts. This method has been found invalid. If the gospels are myth, both efforts are futile. Both assume the author is recording a collection of historical facts reported to them. If instead they are intending to construct myths about Jesus, we don't expect historicity, they aren't trying to distinguish fact from fiction, so the text does not give it to us. External evidence helps, and we can't use this approach to disprove historicity, but it does limit our ability to determine historicity. Instead our focus would be to extract the mytho-symbolic meaning and intent.”


To answer that question, it is more important to look at the background information, the history of what was happening while the scripture was being written, and what earlier scripture they would have had available to them at the time. This is the opposite of how Christianity is presented to us now, beginning with the birth of Christ and following through to later letters written about him as if he existed. It is presented that way, but in actuality, those letters were written first, by someone who never claimed to have met a living Jesus. The accounts of his actions in life, came much later by different authors.

To begin before that, at the beginning, with Genesis and one family, is to ignore all the other creation stories that were being written at the time. It ignores that there were very few who could write at all. There were no fact checkers, no media watch dogs. If you wanted to write a counter narrative to someone else's myth, you wrote another myth, using the same characters, but added a new element that expressed your values and your desired outcome.

Any phrases inserted on an ad-hoc basis that claim the writing is true are there to attach the value message to the story. These were not notes to future readers in future millenia, these were devices for the illiterate, telling them to simply remember the name of John and don't be like those who are like Thomas. The listener then could express their values through that simple formula and had no need to remember a chain of logical arguments or even a list of what the values are. If anyone asked, they could refer them back to the story.

Biblical writing has special challenges because we have so many translations, so many copies and so many differences across those copies. The slight changes made back when copies were done by hand could have been mistakes, or they could have been purposeful redactions to steer the political message in a new direction. We know that this type of changing of the narrative happened in modern times and have no reason to believe it didn't happen back then.

It doesn't help that Romans were attempting near genocide of the Jews just as the gospels were being written in the late 1st century, or as the Romans would have said, “repressing a rebellion”. They lost track of who the authors actually were and they had far fewer tools than we do now for determining truth from fiction in the writings they were left with in the early 2nd century. We can't be certain what later emperors were thinking, but just as myth writers are more concerned with message over facts, the 3rd and 4th century co-opting of the message of this tiny Jewish sect  certainly helped both the emperors and the Catholics.

The rest is history, and history that we can become increasingly more confident about as we get closer to the present. We also get better at interpreting earlier history. We find more artifacts and we determine by the lack of evidence, that some things are highly improbable. We are also very far removed from any conquering Roman emperors who might not want us asking pesky questions.

So I will leave the medieval history to the historians. I may mention it occasionally, but only to point out how a particular verse led to a later belief. I may also mention an early church father who was just as sceptical as I am about the truth of a particular passage. Primarily, I want to put myself into the mind of peasants under extremely difficult living conditions, hearing a message of hope for their people.

Milepost 100. The sermon helper that doesn't tell you what to think.

Posted by LaustenN at 8:49 AM No comments:

What Liberals aren't hearing from Conservatives, and vice versa

Half a lifetime ago, I went to a community organizing planning meeting and someone brought up the issue of providing child care. The event that was being planned was going to be out of town, with an overnight stay and families were invited. Surprisingly, the idea of child care was met with some opposition. People with children were expected to figure out how to attend and function in adult group sessions and, I don’t know, keep their children quiet or something. I was a single young man at the time, so I had no reason to care until someone pointed out that I should and I realized I was being thoughtless. I’ve brought this issue up at almost every group I’ve been part of since, and not much has changed. 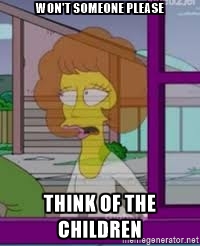 To put a fine point on it, this includes my stint as a board member for a group called “Kids Against Hunger”. KAH events require children to be at least 8 years old, but the organization is geared around encouraging kids to participate. It’s in the name. It’s a family fun time, packing meals for other children who need food. It reinforces the education of what chronic hunger is by having them participate with their bodies and relate to people who look just like them. But my other board members balked at the idea of providing child care. Did they not realize that families with 8 year olds in them also often have children less than 8 years old in them? Did they not realize that they were forcing those families to send us only one adult and leave the other at home to take care of the toddlers?

This is what conservatives mean when they tell liberals that we are forgetting about families. Liberal events tend to be marches, letter writing campaigns, protests, speeches and book groups. Conservatives are generally what you think of when you say “hog roast” or “spaghetti dinner”. But there is no silver bullet I’m proposing here. The Lesbian Wiccan Bikers for Peace aren’t going to pull off a Corn Feed and expect soccer moms to show up. Even if they provide child care.

Another story about KAH illustrates how this divide cuts both ways. I was asked to speak at the County Fair to the inter-denominational service on Sunday Morning. A sizable collection was taken and it was put in the charge of the church that organized the service, earmarked for a future KAH event. After that service, someone from that church came up to me and asked if I believed the Bible was the literal word of God. I didn’t give him a straight answer, but he knew my answer was “no”. I told him we are a 501(c)3 non-profit, not a religious organization. That event never happened. My phone calls were not returned.

If I can’t talk about family with people who want to fight conservative politics and I can’t talk about the politics of chronic hunger without passing a religious test, we’re all screwed. People who care only about themselves will use those divisions to keep us from working together and even working at direct odds against each other. They know how to speak to both sides and get what they want from either. They will profit from our pain. They will sail off in their yachts while we argue about what color and shape our bread should be and where our strawberries came from and the size of our guns and how we wear our pants and when we can kneel and when we shouldn’t and how many terrorists there are and how afraid we should be and what you can say on TV and what the President shouldn’t say and who can buy a wedding cake and where the universe came from and what we are all doing here anyway.


"This struggle may be a moral one, or it may be a physical one, and it may be both moral and physical, but it must be a struggle. Power concedes nothing without a demand. It never did and it never will. Find out just what any people will quietly submit to and you have found out the exact measure of injustice and wrong which will be imposed upon them, and these will continue till they are resisted with either words or blows, or with both. The limits of tyrants are prescribed by the endurance of those whom they oppress.”
Frederick Douglass

Posted by LaustenN at 3:57 PM No comments: